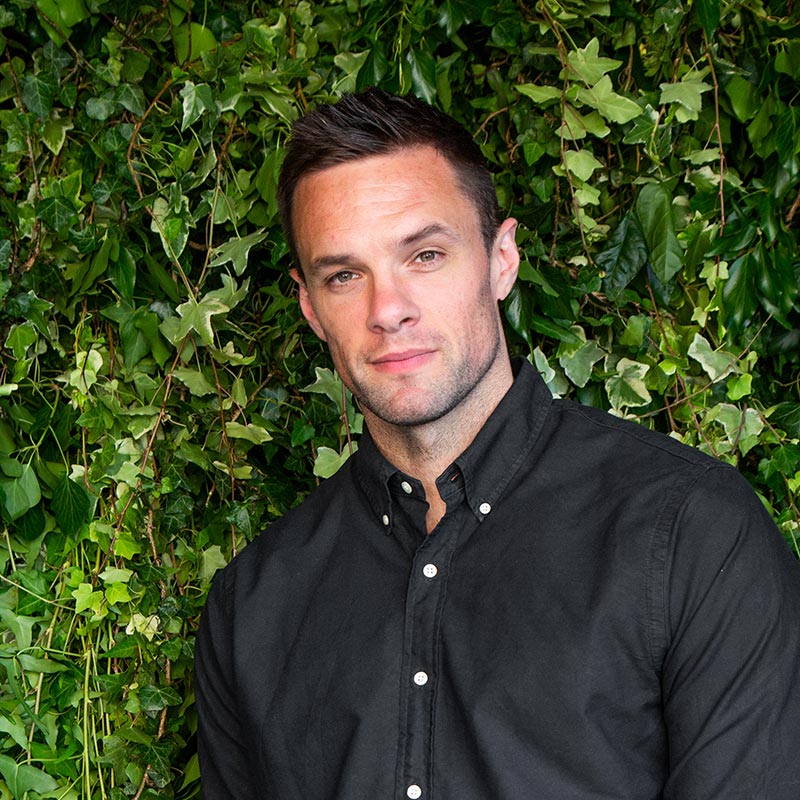 Niall Breslin is one of Ireland’s most formidable and inspiring mental health advocates and public speakers. An active polymath, he is also a bestselling author, podcaster, musician, philanthropist, and a former professional athlete.

Niall’s personal experience has informed his journey to becoming a leading figure in mindfulness for individuals and organisations. He works alongside and shares his expertise with a diverse range of clients and audiences, including Apple, Google, international NGOs, and The European Parliament.

Niall has completed degrees in both Economics and Sociology, a Masters Degree in Mindfulness Based Interventions from University College Dublin, and is an Honorary Fellow of the Royal College Of Surgeons.

As founder and Creative Director of the mental health advocacy charity A Lust for Life, Niall has further contributed significantly to his standing as a key figure in the evolving conversation around mental health in Ireland. His work in establishing this organisation and driving its mission has led to numerous social entrepreneurship awards including the prestigious Social Entrepreneur Ireland Impact award, The Social Innovation Fund and the Google Impact Award.

How to Find Peace in the Chaos of the Modern World

‘On Wednesday March 3rd at 7.00pm(GMT), challenge participants can join Niall for a live keynote talk, entitled ‘How to Find Peace in the Chaos of the Modern World’.

The talk, although tackling a difficult subject, uses an irreverent and very human tone. The aim is to take the listener out of work mode and into a space where they feel empowered by another person's vulnerability. To achieve this, Niall uses his own story as context. And throughout the first half of his talk, he talks about his own journey and how his inability to deal with his own mental health struggles led to his sabotaging his relationships and careers.

The objective of his talk however is to leave attendees feeling empowered and armed with some practical and useful information and tools that can help them better become guardians of their own minds, in the chaos of the modern world.