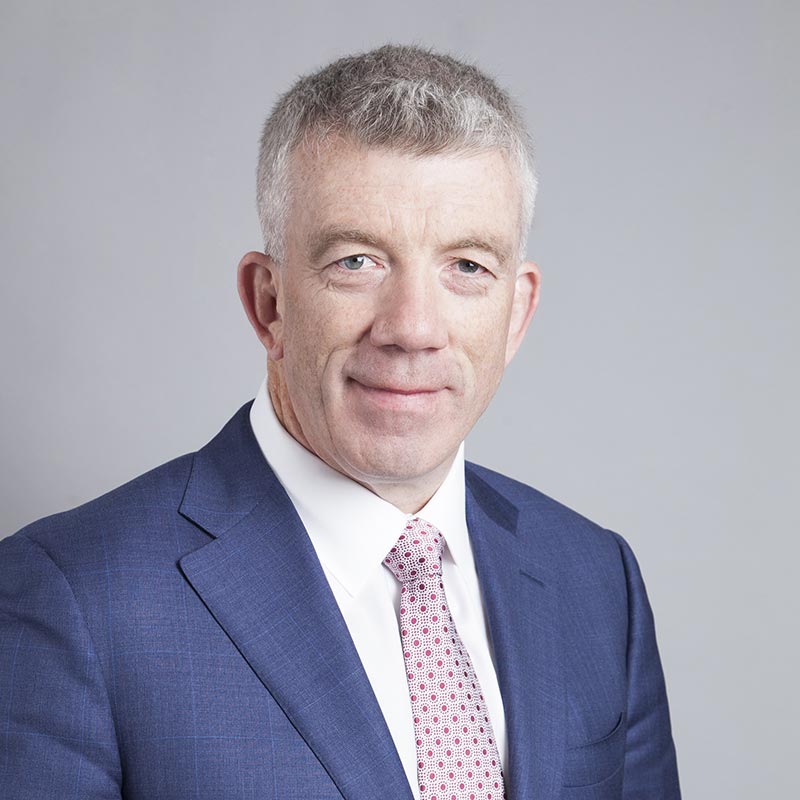 Hugh McGuire is CEO of Glanbia Performance Nutrition (GPN), one of the global growth platforms for Glanbia PLC and the number 1 global performance nutrition brand family. GPN has built a portfolio of global brands acquired across both the Performance Nutrition (Optimum Nutrition, BSN, Isopure and Nutramino) and the Lifestyle Nutrition space (Slimfast, think! and Amazing Grass) and has also entered the Direct to Consumer e-commerce channel with the acquisition of Body & Fit. GPN has a top 3 brand in 20 countries and sells in more than 100 countries worldwide. Our mission is to Inspire people everywhere to achieve their performance & healthy lifestyle goals. Hugh has been CEO since August 2008 and was appointed to the Board of Glanbia PLC as an Executive Director in June 2013.

Prior to joining Glanbia, Hugh worked as a strategy consultant for McKinsey & Co in the UK and Ireland. Hugh began his career in the FMCG industry with Nestle in Ireland and worked with Leaf in Ireland and the UK.

Hugh graduated from University College Dublin with a Bachelor of Science in 1990 and a Master of Food Science in 1992. He has a Diploma in Finance from the Association of Chartered Certified Accountants.

Hugh relocated back to Dublin after 9 years in Chicago in 2017 and is married to Sue and they have 4 children.  When not traveling, or providing taxi services to his children, Hugh is an active fitness enthusiast who works out most days and participates in Triathlons and Marathons. He is excited about Nutrition & Fitness and the resulting positive long term mental and physical health benefits.

In week 2 of the challenge, CEO of Glanbia Nutrition, Hugh McGuire is joined by rugby legend Peter Stringer. Peter’s extensive playing career is attributed to his outstanding professionalism. In this video Peter will share his personal views on maximising performance through nutrition and healthy eating habits. Hear from Hugh & Peter during the w/c Monday February 22nd.