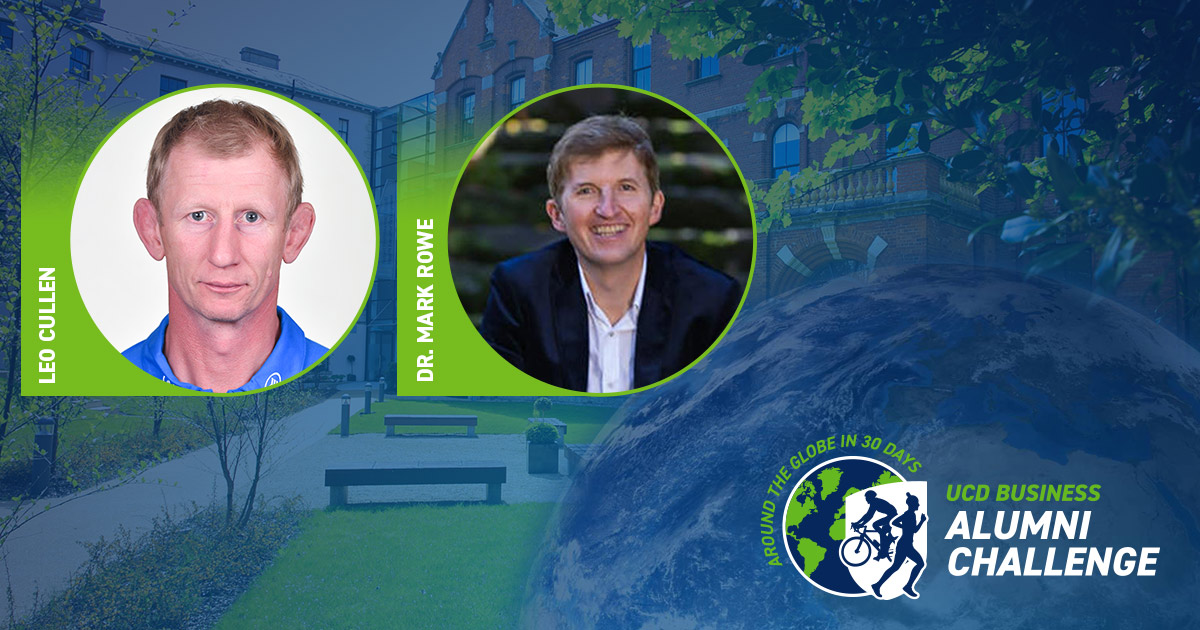 Leo Cullen has a history as a prolific rugby player. He won 32 caps for Ireland and 221 for Leinster, and he has won titles at Blackrock College, Leinster Rugby, and Leicester Tigers. His success as a player has followed him to management: he became Leinster Rugby head coach in August 2015,and in 2018 he became the first man to win a Champion’s Cup title as both a player and a head coach. He presided over the first-ever Guinness PRO14 and Champion’s Cup double for Leinster, and in February 2021 he was voted the inaugural winner of Guinness PRO14 Coach of the Month.

Leo joins me to talk about what resilience means to him. We speak about leadership and values, and how to overcome obstacles. We talk about the value of focusing your attention where it matters at each moment in time. He gives his thoughts on burnout prevention and talks about the importance of doing what you love. We discuss professionalism in sports and talk about commitment to continuous improvement. We also discuss the power of purpose on and off the field. “When you’re doing something you really enjoy, it never seems like particularly hard work, does it?”

‍This week on In the Doctor’s Chair

● Carving your career around what you love

● The importance of gratitude

● Understanding your blind spots so that, when the pressure comes on, you can think clearly to overcome them

● The importance of quality time with your loved ones

Thanks for listening to In the Doctor’s Chair, the show where you’ll hear conversations that share life lessons, health habits, and leadership practices that focus on positive psychology, lifestyle medicine, and ways for you to live with more vitality.

If you enjoyed this episode, please subscribe to the show and leave a comment wherever you listen to your podcasts. For more resources to help you to live with more vitality, please visit my website.

‍Honours: Leo was appointed Leinster Rugby Head Coach for the 2015/16 season having served as Forwards Coach for a season under Matt O’Connor and having played with Leinster Rugby with distinction for nearly 20 years.

Leo won 32 Ireland caps and 221 Leinster caps during a stellar career that saw him win titles with both Leinster Rugby and Leicester Tigers.

The former Blackrock College player first appeared in blue in 1995 but made his senior debut in October 1998 against Connacht during the interprovincial championship. He would also appear against Stade Francais and Bordeaux-Begles in the Heineken Cup of the 1998/99 season.

He won his first trophy in 2001/02 as the inaugural Celtic League went Leinster’s way and later that summer he was included in the Ireland squad to tour New Zealand, appearing for the national side in June against the All Blacks.

The Wicklow man gained 32 Irish caps during his career and had the honour of captaining his side against Russia, in Rotorua, during the 2011 Rugby World Cup. He also captained Ireland against Scotland a month previous.

Cullen’s service for the province was interrupted by a two-season spell with Leicester Tigers where he won the Guinness Premiership and the EDF Energy Cup in 2007. They were denied the treble when Wasps defeated them in the Heineken Cup Final at Twickenham. The following season saw Cullen tempted back to the Leinster set-up and the early signs were positive as Leinster won the Magners League in 2007/2008.

The following season the 6’ 6” lock was handed the captain’s armband and only nine months later, he was raising the Heineken Cup trophy aloft after a memorable win over Leicester at Murrayfield.

Further success in Europe would follow in 2011, when Cullen captained Leinster to an astonishing comeback win over Northampton Saints at the Millennium Stadium, and in May 2012 when his team retained their title with a dominant win over Ulster. In lifting the trophy at Twickenham, Cullen became the first man to captain a team to three Heineken Cup Final successes.

His final two seasons as a player saw Cullen lift three more trophies with Leinster. The Amlin Challenge Cup and RaboDirect PRO12 titles were won on two consecutive weekends at the end of May in 2013, and in Cullen’s final appearance for the province he lifted the RaboDirect PRO12 title for a second season in succession, alongside fellow departee Brian O’Driscoll.

Cullen was asked to join the Leinster backroom staff by head coach Matt O’Connor after his retirement and he became the Leinster forwards coach in July2014. In that first season in a coaching capacity Leinster reached the Champions Cup semi-final losing out in extra time to eventual winners Toulon.

With the departure of O’Connor a season later, Cullen was appointed Leinster Rugby Head Coach in August 2015 and led the province to the top of the GuinnessPRO12 table and to the PRO12 Final in his first season in charge.

In his second season in charge Leinster Rugby reached the last four of both the Guinness PRO12 and the Champions Cup and as a result he signed a two year extension in June 2017.

In 2018, in his third season, Cullen became the first man to win a Champions Cup title as a player and as a head coach as he presided over a first ever Guinness PRO14 and Champions Cup double for Leinster.

In May 2019, it was announced that Cullen had signed an extension to his IRFU contract meaning that he would stay as Leinster Rugby Head Coach until the end of the 2020/21 season at least.

Later that same season he led Leinster Rugby to an unprecedented third Guinness PRO14 title in-a-row beating Ulster Rugby in the final however due toCovid-19 it took place at an empty Aviva Stadium.